This is the startup bill 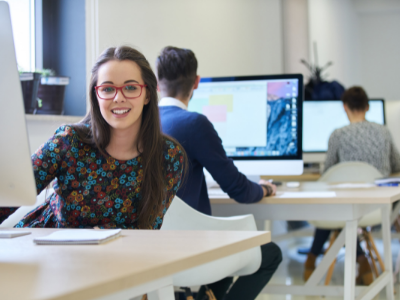 In July 2021, the Government of Spain ratified a Report on the draft law for the promotion of the ecosystem of emerging companies, in order to promote the creation and growth of startup. Said report was submitted to public consultation and, after attending to proposals and making some modifications, in December the time came for its acceptance, with the approval of the Council of Ministers.

The future law includes news and, in this article, we highlight the most significant:

Which is a startup?

We all talk about the startup but, until the arrival of this legislative proposal, there was no standard definition.

The bill has identified what they consist of, specifying them as the newly created companies or less than 5 years old (7 in the case of biotechnology, energy, industrial or other strategic sector companies), that are independent from other companies, that are not listed on a stock market, that do not distribute profits and that have an annual turnover of up to 5 million euros.

In addition, the SME National Innovation Company (ENISA) has been established as a one-stop shop. Its objective is to grant the declaration of the innovative character of the company so that it can take advantage of the possible benefits, included in the bill.

The normative text also includes the duty free with respect to notaries and registrars, in the constitution of limited companies, as well as in the publication in the Official Gazette of the Mercantile Registry (BORME).

The bill contemplates tax measures to attract and recover talent and investment, while promoting the creation of hubs digital.

For this, in the Corporate Tax and the Non-Resident Income Tax the tax rate is reduced, lowering the general rate to 15% in the first four years from when the tax base is positive.

For its part, the maximum deduction for investment in new or recently created companies is 100,000 euros per year. Also the type of deduction is increased to 50% for a longer time.

Another measure is the Elimination of double listing to Social Security in case of multiple activity for 3 years. This will affect entrepreneurs who work simultaneously for others and for themselves.

First of all, it make the conditions more flexible generation of treasury stock in limited liability companies.

And in second, the amount of the tax exemption is increased of stock options up to 50,000 euros per year, in the event that the startup deliver shares or participations linked to purchase options.

The standard develops the conditions of the digital nomads. Entrepreneurs and teleworkers displaced to Spain will be able to reside and work in our country for 5 years, as well as benefit from the special tax regime and pay Non-Resident Income Tax.

The bill emphasizes collaboration between public administrations, universities, public research organizations and technology centers, regulating test environments with similarities to the sandbox of the financial sector.

In this sense, it will allow proof of innovations of the startup for one year, in a controlled environment. Thus, it will be possible to evaluate the usefulness, feasibility and impact of technological innovations in the different sectors of productive activity.