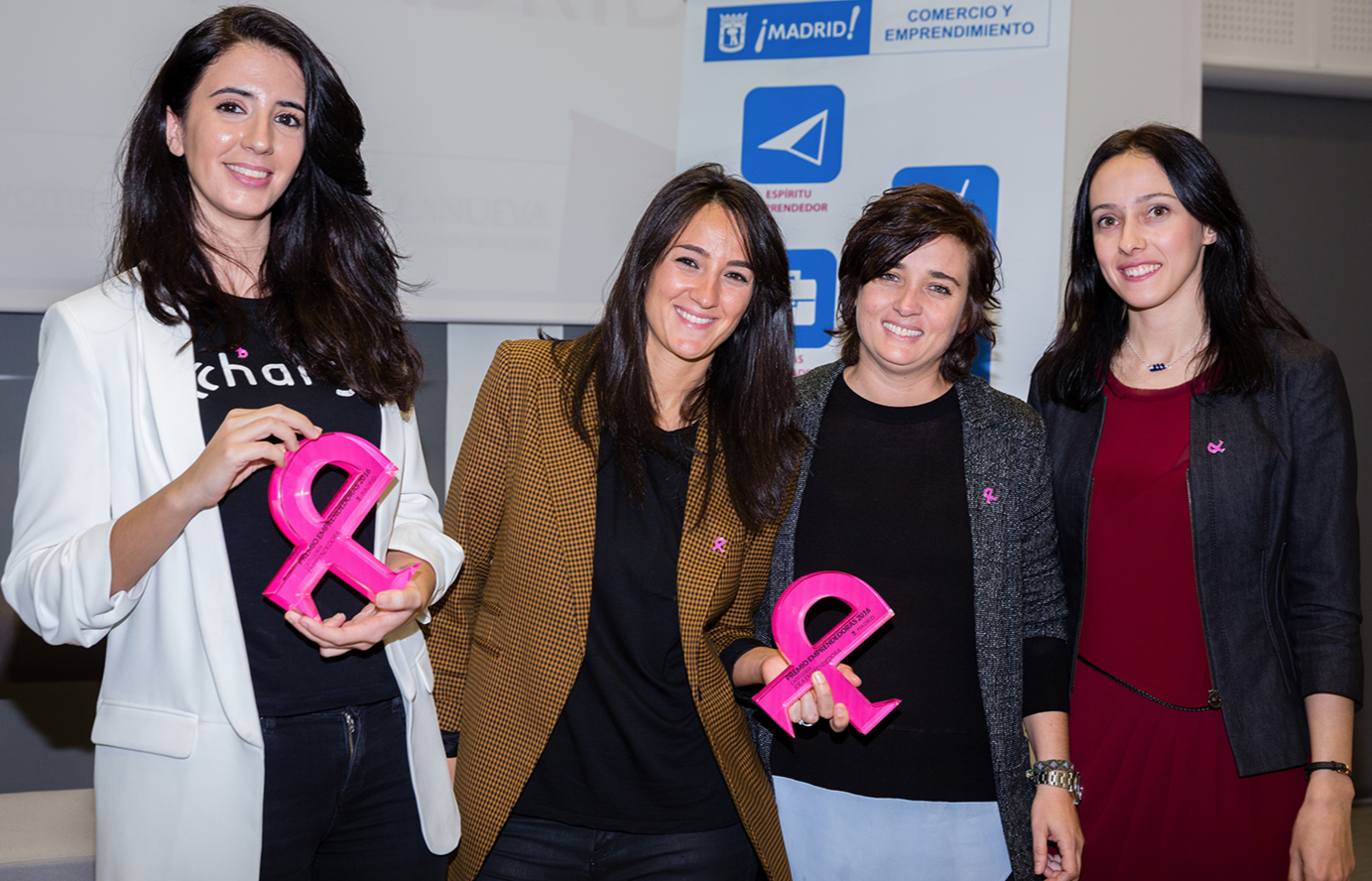 This Friday, December 2, the demoday of the finalist projects of the VI edition of the Entrepreneurs Award 2016, where the finalists of the Emprendedoras Award have shown, in three minutes, that their project was already mature.

The Vivero de Empresas from Puente de Vallecas, has been the scene of this final and the place where eight of the ten finalists selected in the month of September have shaped their idea for two months, in the Yo Dona Room, working on its development with advice, mentoring, help and supervision of technicians Nursery Network of the Madrid City Council.

The Director General of Commerce and Entrepreneurship of City of Madrid, Concha Diaz de Villegas, opened the day by congratulating all the finalists, "winners because you have it in your genes, in your encouragement" and naming them ambassadors of Madrid City Council's support for entrepreneurship.

Isabel Garcia-Zarza, National Head and Society of YoDona, thanked all the finalists for their creativity and stressed that although only one entrepreneur is awarded per category, “you are all winners”.

The Deputy Director General of Entrepreneurs and SMEs of the Madrid City Council, Star Martin, Y samary fernandez, Publisher Area Luxury and Lifestyle of Publishing Unit, were in charge of presenting the finalists, who in three minutes presented their project to the audience and later answered the jury's questions.

The jury has had a difficult task to choose the winners, due to the high level of all the finalists, after a technical tie has decided to select two winners in the "Entrepreneurial Idea" category: Adriana Sanchez Arriaga, with Arity, accessories and fashion accessories made with recycled materials, silver and zero waste patronage; Y Madrid drive-in cinema, by Tamara Istambul and Cristina Puerta, which will be the first drive-in cinema in Madrid, a space in the Chamartín area, with capacity for 350 vehicles, a 250m giant screen, a gastronomic area with food trucks, etc.

The winners of both categories will be interviewed in the Entrepreneurs section of Yo Dona and in Womenalia, they will receive a one-year stay in one of the spaces of the Network of Nurseries of the Madrid City Council and the sponsorship of the successful entrepreneur Isabel Llorens, CEO of rusticae. ASEME will also offer the three finalists a one-year membership fee and advice on whatever they need and they will access training from the Villanueva University Center. In addition, the winner of the award in the Entrepreneur category, Laura Lozano, will obtain a place in the High Potential Project Accelerator of the Madrid City Council in the 2017 edition.

Martha Michael, director of I donate, concluded the day by acknowledging the great work of both the winners and the finalists and recalling how from Yo Dona there is constant support for female entrepreneurship.

In the category “entrepreneur”, the finalists were Raquel Hernández and Laura Rubio, with A3 CERES, agri-food consultancy with the mission of helping farmers to successfully meet the challenge they face; Maria Gamarra, with Anmara Eyewear, a collection of glasses created from natural materials such as horn and wood, offering exclusivity in their designs and creations; and Ana Martínez-Pita, with Casa & Jardin, furniture store, decorative objects and accessories.

In the category “Entrepreneurial Idea”, they also reached the final; Esther Soler, with tattoo be safe, temporary tattoo device for the identification and information of individuals through QR codes and/or NFC chip; and Lucia Fernandez, with Madridverdea, offering neighboring communities services for the use of terraces and roofs.

The reward was born in 2011 with the aim of promoting female entrepreneurship, supporting entrepreneurial ideas led by women, and the public-private collaboration of Womenalia, Villanueva University Center, asecom and SEE ME, who have also been part of the jury.