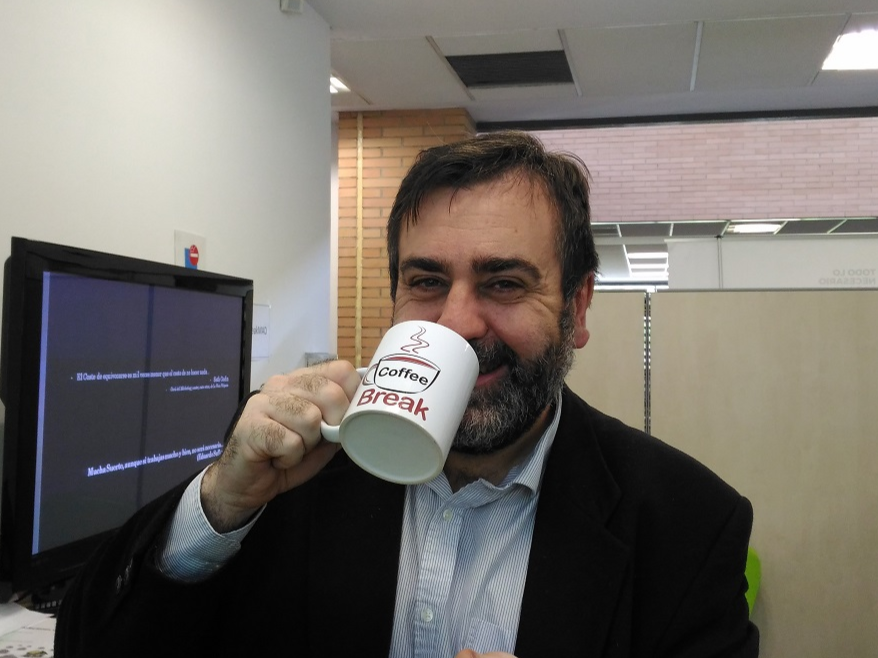 At 47 years old, he has been an entrepreneur for 30 years. He created 3 companies related to home automation and building automation, reaching an estimated total turnover of twenty-nine million euros. The total number of contracted personnel exceeded one hundred people.

In 1993, he created a voice environment control system for paraplegics; It was implanted in the Toledo hospital. That same year he began to design and develop intelligent buildings, completely new construction models from the concept of automation.

Subsequently, the Gugghenheim Museum in Bilbao contracted his services; therefore he had to move from Madrid, with an unstable economic situation, typical of the beginning of his business career; He explained to us that he could not go on toll roads, being forced to make long journeys on secondary roads, while he was eagerly looking for the positive side of things, and enjoying the beautiful landscapes of northern Spain.

After an account of the difficulties he went through to implement his intelligent system; a professional career rich in experiences and anecdotes; He talked about his many ups and downs, how he got to know and enjoy all the brands of packet soups on the market and finally, after so many sacrifices, he got a meeting with the then minister of industry, tourism and commerce, quite a feat.

The illusion was what kept him active and enthusiastic even in the worst scenarios and the harshest economic and personal conditions.

With emotion he recalled that one of his best days was when he hired his first worker.

Eduardo assures that competition is the best thing that can happen to you; Believing in yourself and in your project, being guided by your instinct, being constant, having a great capacity for recovery, having patience, personal sacrifice, not expecting anything in return, are the keys to success.

\"The cost of being wrong is a thousand times less than the cost of doing nothing,\" he repeated. Learning from each fall (there will be many), not regretting (there is no time) and persevering in the attempt is the basis of a good entrepreneur.

We must understand that the three main stages of the entrepreneurial person are: first imagine, then believe and finally start, and that the goal is always far away, but finally when the project comes together (3-5 years) everything will have been worth it " .